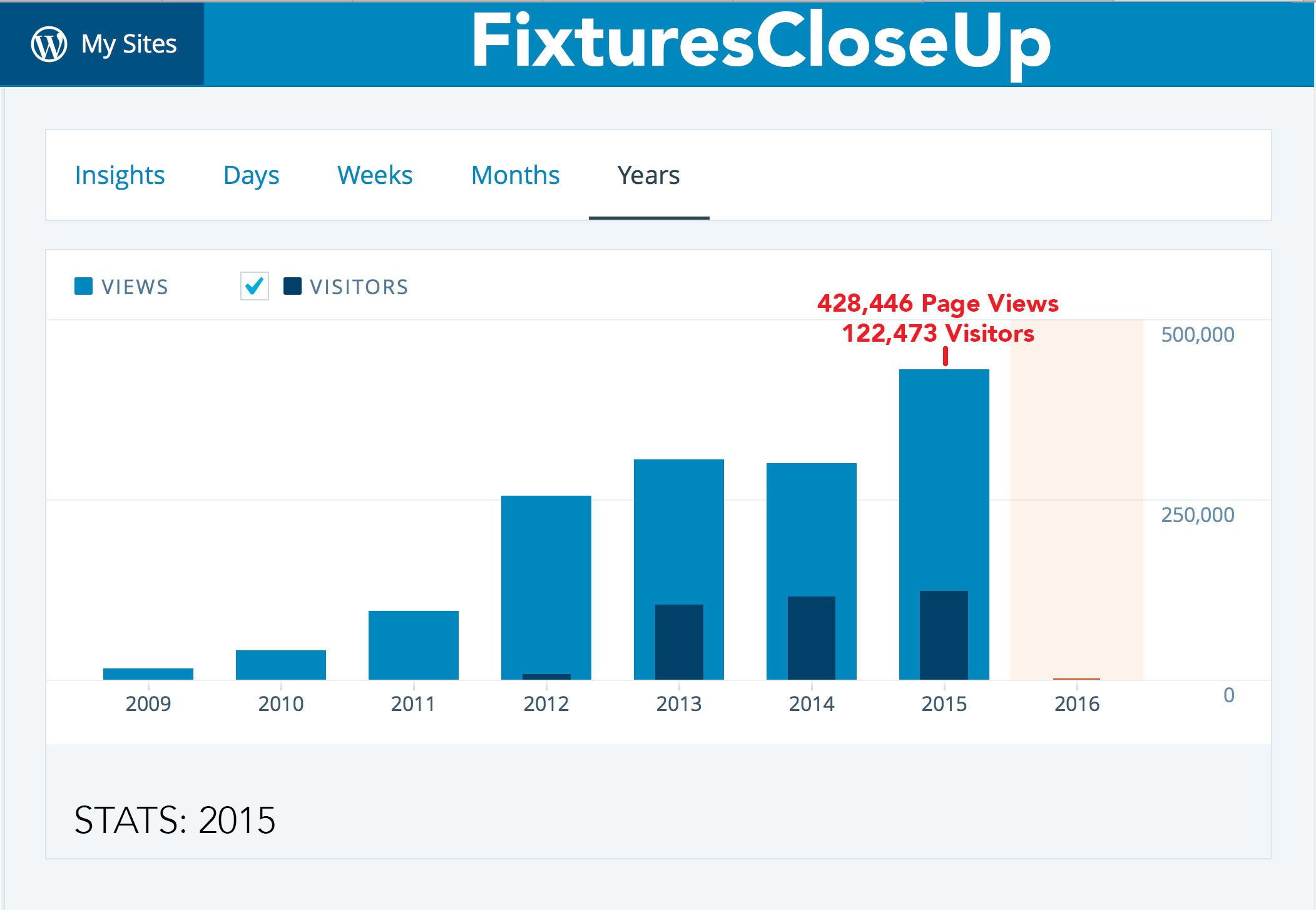 FixturesCloseUp 2015 traffic peaked at nearly 430,000 Page View and over 122,000 Visitors after a flat Page Views year in 2014 stemming from significant Google algorithm changes. But ongoing original content, supporting references and backlinks, retail photo and video posts won the day with the algorithms in the long term. Page Views in 2015 represented a 143% increase over 2014, being the best measure of onsite fixture research usage in this narrow niche market. To those interested in thought leadership, brand, and advertising measures, Page Views is synonymous with “Impressions.” See the thumbnail at right for a summary of major traffic sources and referrers to FixturesCloseUp. Top sources of traffic included Search Engines at 176,769, referrals from FixturesCloseUp Pinterest sister site at 23,705, and LinkedIn referrals at 15,883. In this narrow merchandising fixture specialty, Facebook and Twitter remain minor components as sources of outfitting researchers. But I also admit to less attention spent on those channels. For 2015 monthly readership patterns, see the chart immediately below. 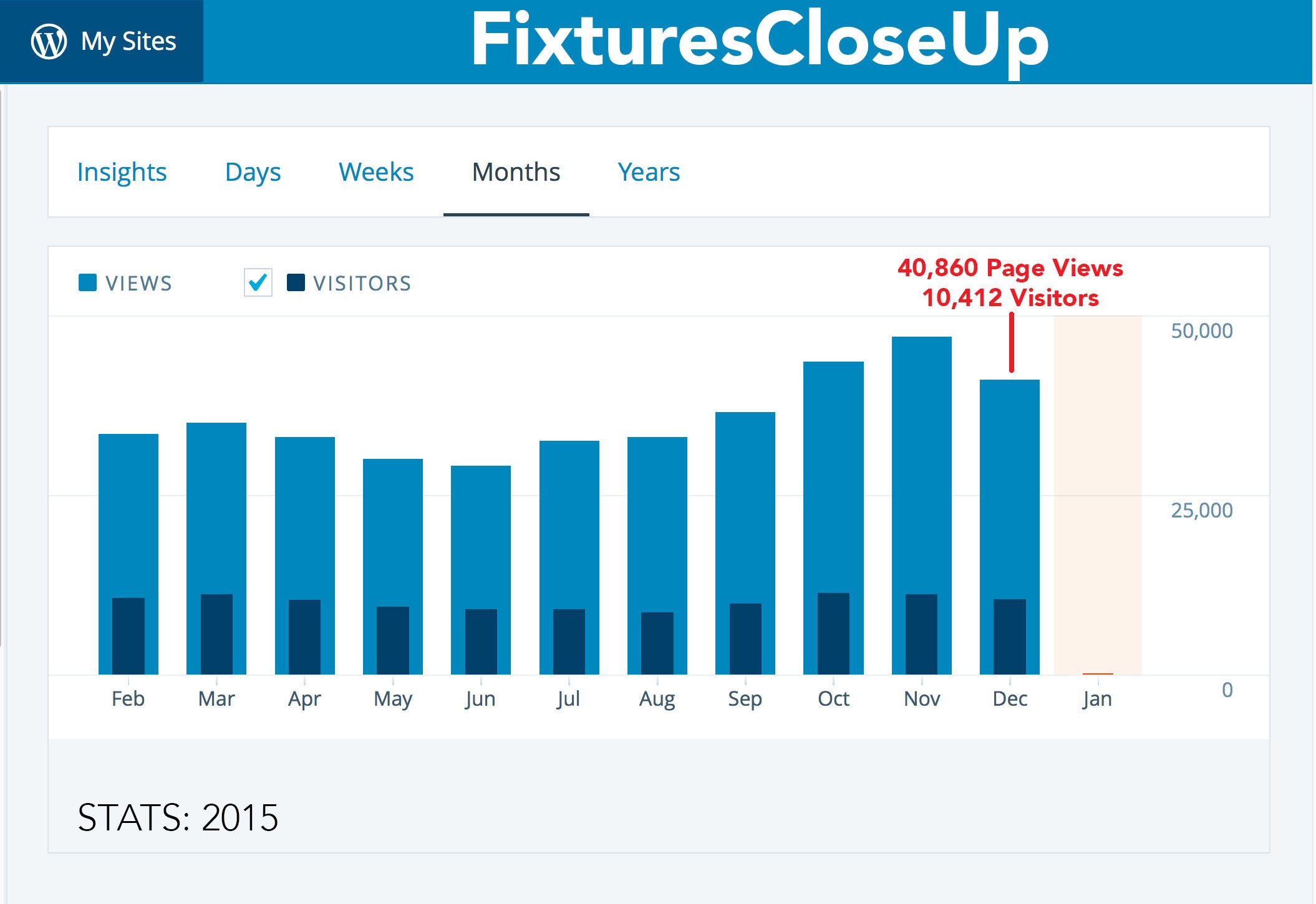 Monthly trends, while dramatically higher for 2015, followed the pattern of readership peaks and troughs of 2014. December 2015 evidenced the typical end-of-year and Holiday falloff of fixture research, but nevertheless hit new monthly highs of 40,860 Page Views (Up 153%) and 10,412 Visitors. Do remember that FixturesCloseUp trends measure online outfitting research. Your fixture sales and rollout cycles may differ or lag.